The VP-2101 is a 3U OpenVPX board for general purpose I/O applications requiring air-cooled or conduction cooled equipment. It is designed for the most demanding applications, combining system-on-chip capabilities together with the flexibility of interfaces customization via several available add-on modules.

DO-254 certification package and manufacturing data package are also available on customer demand.

For more detailed information about any of our products, please do not hesitate to contact us 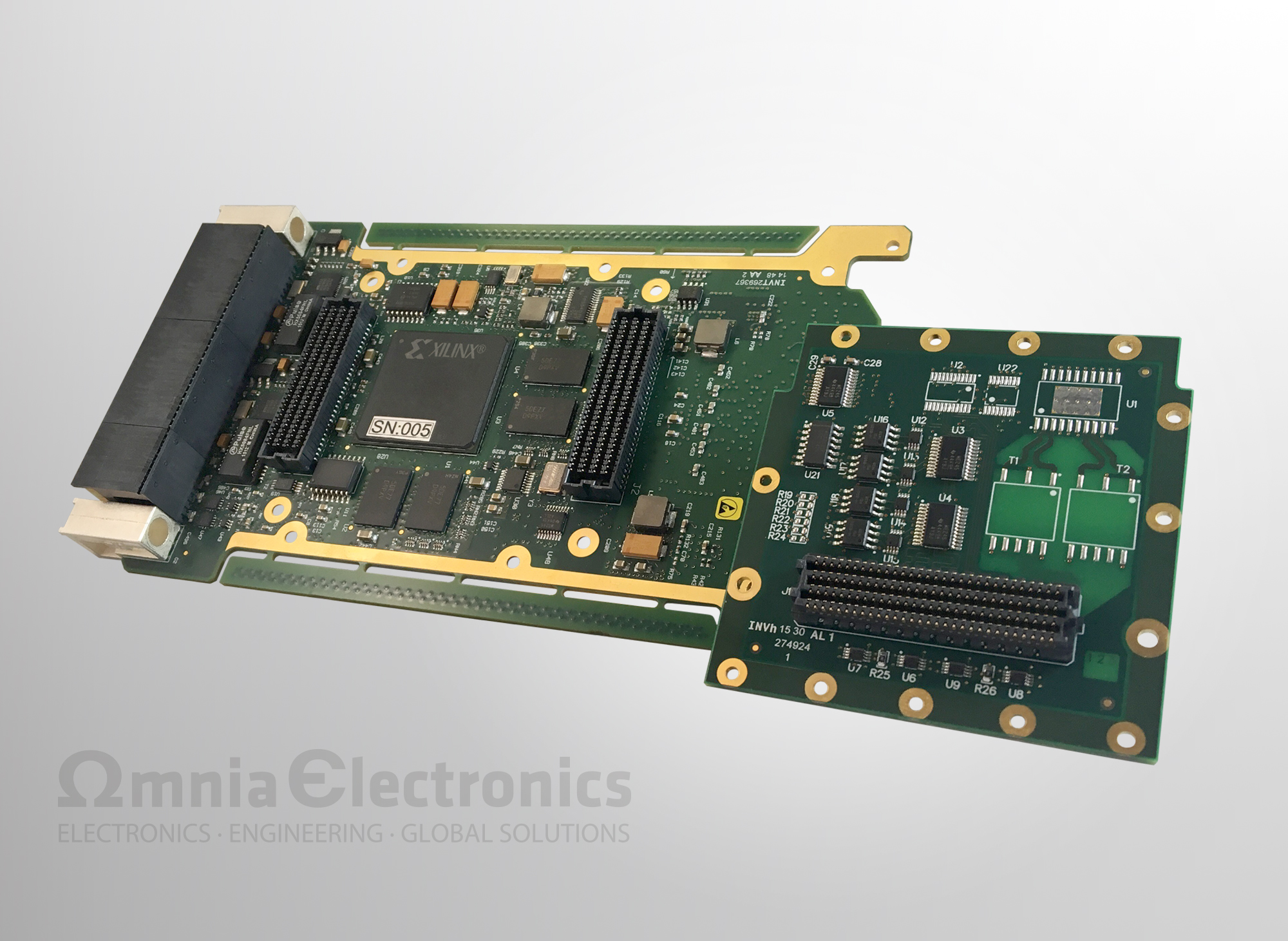 The VP2101 3U OPENVPX Module can be used in several application mainly due its modularity. The basic module hosts a System On Chip FPGA with an embedded dual core ARM cortex A9 processor. The expansion modules are directly connected tot he SOC via parallel interfaces and high speed serial link, the expansion modules are also directly connected to the module functional connector.

The main applications reside in the avionic market where the OpenVpx standard is widely used, possible usages in the industrial & railroad sectors are also possible depending on the used system bus. Several customizations can be implemented via the expansion modules, ranging from avionics communication (1553, AFDX, ARINC429), graphical adaption and video processing, signal acquisition, signal processing, audio application.

—  Reconfiguration on the field